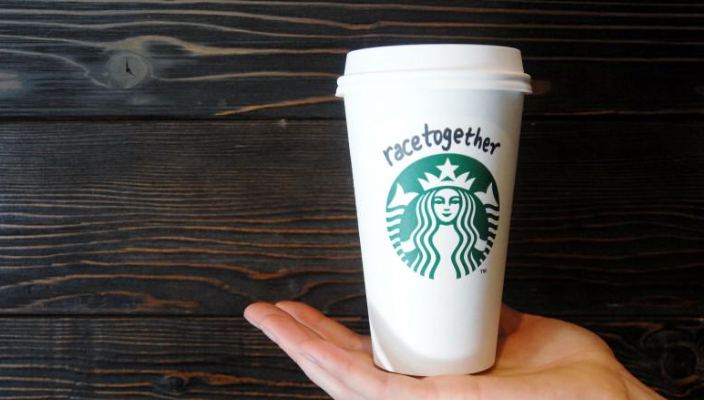 Starbucks recently launched a new online campaign called “Race Together,” the goal? To encourage open conversation about race, inequality, and diversity, while you wait in line for your Skinny Vanilla Lattes.

The company explains the campaign on their website. “Racial diversity is the story of America, our triumphs as well as our faults. Yet racial inequality is not a topic we readily discuss. It’s time to start. Conversation has the power to change hearts and minds.”

Starbucks called their employees together to express their thoughts and feelings in terms of racial inequality. The company discusses forums across the country in which American’s with diverse backgrounds spoke about their childhoods, neighborhoods, fears and hopes about how to move our country forward.

“Race together is an initiative from Starbucks and USA Today to stimulate conversation, compassion and action around race in America. In Starbucks stores across the country on March 20th, you’ll find a free special insert from USA TODAY. It is an invitation not just to reflect but to open a dialogue about race and what it means to you.”

They add that coffee shops have always been a prime venue for open conversation about real issues and current events. “Race Together is not a solution, but it is an opportunity to begin to re-examine how we can create a more empathetic and inclusive society — one conversation at a time

They have also launched an online interactive experience for the campaign which you can check out now at racetogether.usatoday.com.

The campaign received immediate backlash after it surfaced online, bombarding he coffee chain with tweets and messages saying that it is an inappropriate venue and bashing the concept altogether.

Barista: How would you like your coffee? Me: Black Barista: Actually don’t you mean “African-American”? #RaceTogether

Starbucks CEO Howard Schultz defended the campaign saying that “This is about our conscious and what we believe is right and basically it’s trying to answer the question in the affirmative: how can we use our scale for good?”

How do YOU feel about the campaign?

heirwaves: the next wave of music View all posts by heirwaves