7&7: 7 Questions with 7 Rising Country Artists You Need to Know

We asked 7 questions to 7 rising country music artists: Catherine McGrath, Tenille Arts, Lewis Brice, Levon, Ben Gallaher, Jenna Paulette, and Brown & Gray. From debut singles, to seasoned songwriters, these country artists are on the fast track to the top of the country music charts, and the top of your AppleMusic & Spotify playlists. Check out our Q&A’s with all 7 featured artists below! 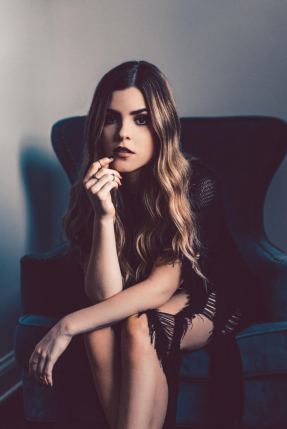 Saskatchewan native Tenille Arts, is certainly a country music star on the rise. Her debut full length record Rebel Child was released in October 2017, in which Arts delivers incredibly pure and compelling vocals, a smooth and easy melody, and powerful lyrics which offer a genuinely relatable air for listeners. Most recently, Arts recorded “Time’s Up” with Nashville’s Song Suffragettes, following the widely publicized #TimesUp movement with other female singers and songwriters in Nashville. Arts’ latest single,  “Moment of Weakness,” has been gaining immense recognition, and was performed on ABC’s The Bachelor in January. Arts also took home 5 awards at the SCMA awards in May, including Album of the Year and Female Artist of the Year. 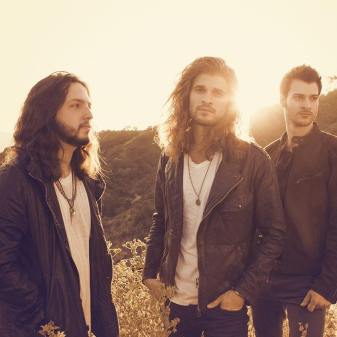 Nashville natives Michael David Hall, Jake Singleton, Ryan Holladay, form the trio that is making waves in country music. Levon’s debut self-titled EP was released last year, and featured their feisty country radio hit, “Ms. Marianne.” Levon recently shared the stage with country legend Willie Nelson, and will be opening for Dwight Yoakam in the upcoming months as well. With such magnificent and striking harmonies, these three voices fuse into one incredibly dynamic and powerful sound that we cannot wait to hear more of. 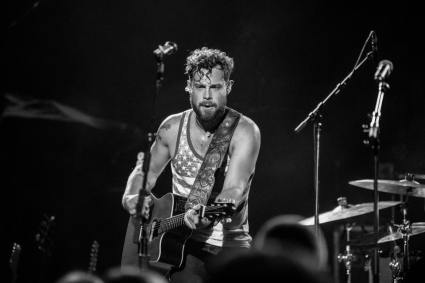 Lewis Brice hails from South Carolina, and has a name that may sound familiar to country music fans. As the brother of seasoned country star, Lee Brice, Lewis has been no stranger to country, sharing the stage and working with numerous friends and family in the industry. By putting a hard rock spin on his deep country roots, Lewis creates a unique and edgy sound, and it’s no surprise that the country-rocker is on the fast track up the charts. Lewis released his debut self-titled EP on July 14th, 2017, which he and his brother produced together. His single “Best Ex Ever” has reached the Top 40 of MusicRow’s Country Breakout radio chart, and he currently has a lot more on the horizon for 2018.

Ireland native Catherine McGrath is proving to us all the country music roots lie deep worldwide. McGrath released her second EP Starting From Now in 2017, followed by singles “Talk of This Town,” about her move from Ireland to London for music, and her exceedingly relatable heartbreak hit, “Thought It Was Gonna Be Me.” McGrath’s debut full length record, Talk of This Town, is scheduled to be released on July 27th, 2018, featuring her effervescently catchy new single, “Wild.”

Texas born Kaci Brown and London native Sam Gray make up the country duo know as Brown & Gray. The pair is bridging the gap between the UK country music scene and the country music capitol of Nashville and creating something exceptional along the way. The duo’s debut single “Top Down,” was released last year and is already at the top of most summer 2018 country playlists. With a performance at Stagecoach coming up and more music coming out in the near future, expect to see a lot more of this duo this year.

Ben Gallaher is a Pennsylvania native who’s debut self-titled debut EP was released on Sony Music Nashville last summer. The Eagle Scout transferred from Penn State University, to Nashville’s Belmont University where he graduated in May of 2014 with a degree in Entertainment Industry Studies. Gallaher is currently touring, writing, and spending time in the studio with new music and many more shows coming up in the next few months. His single “Against The World,” showcases Gallaher’s strong and raspy vocals, which mesh perfectly with his modern country sound and classic rock edge.

From her debut single, “Coolest Girl in the World,” and her latest hit, “Ilysm,” Jenna Paulette delivers catchy country hits with a pop edge.  The Texas raised country girl lets her glam side show to create an upbeat modern country feel. The disco ball made from a horse riding saddle in her “Ilysm” music video perfectly describes Paulette’s western style with a sparkle. Her two debut singles have listeners ready to hear what’s next from Jenna Paulette.