On a scorching hot 118° day in Phoenix, BobbyrocK’s Justin Brescia calls us on his day off from touring, spent catching up with family and friends before a hometown show. 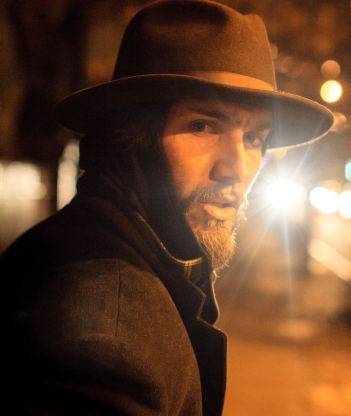 What began as a phone interview, seemingly turned into what felt like a candid conversation between old friends, as Brescia chatted about everything from his first guitar to his surfer punk beginnings and from life beyond The Hills to touring life on the road for BobbyrocK.

“Music is kind of the only thing I know,” Brescia begins, “It’s what I’ve always known.” From his dad leaving a guitar in his room when he was 6 years old, to drumming in a band for 10 years before The Hills even began. “It’s always been a part of me.”

“I give it all to my dad,” he says, recalling one Christmas in Garden Grove, where he grew up. His dad got him a little tri-wheeler and a guitar and – that was that. “That was the start of the Harley-riding-music thing,” he claims. A guitar in the room was just something that was always there, until he started to hum, and sing, and write… and then it clicked. “It just kind of evolved from there, unknowingly,” leading to him starting a band by the time he was 18. “My first love was the guitar.”

He then begins to reminisce on where it all began, a late punk scene in Orange County in the late 80’s and early 90’s. “Hermosa Beach was brewing up all kinds of punk… we were all surf rats and all the surf videos had punk music in them.” It all stemmed from there, from the punk surfers listening to punk music before paddling out. He describes the scene as “super rootsy.” But like most great things, no one noticed how great it was until later on – though music will always remind him of his roots. “There are some songs that we play that just bring me back to 19,” he says, “surfing 10-foot waves, being a punk with my boys, listening to all kinds of punk, and not giving two f*cks.” Brescia adds that his cheeky surfer punk attitude will still come out when he needs it, but he’ll keep it suppressed… for now. 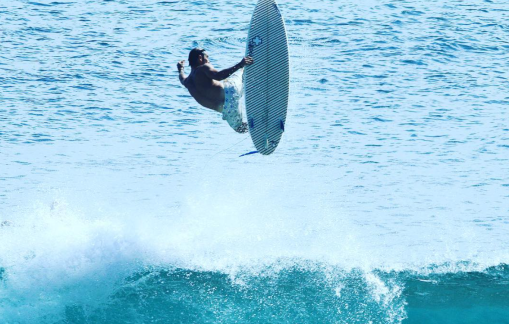 “I’m not full punk rock,” he claims, leaning more towards the alternative genre. “We have slower songs – real punk rock is like ‘1, 2, 3, 4!’” he laughs, describing a punk show where they play twelve 90-second songs that all sound the same – when they’re spitting in the mic, and everyone’s falling all over the place screaming “anarchy sh*t,” which, is the epitome of punk rock. “I think we’re at an era where that just doesn’t work anymore,” he says, adding that people crave more depth. “People are deeper and smarter and they want to feel something and understand something.”

“I like intelligent lyrics. I like lyrics that don’t make sense, but make you think. I like unorthodox stuff,” he says describing his own taste. When it comes to exploring different styles of music, Brescia states that “a lot of people are just afraid of what they don’t know.” 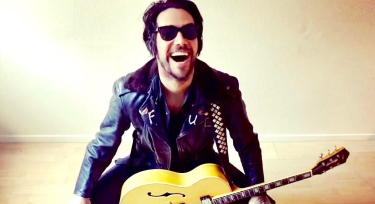 “I’m just giving it everything that I’ve got,” he says, adding that he wants to make sure people truly hear his lyrics. When lyrics are written honestly and with a clear head, he begins, then your lyrics will be equally funny as they are serious, sad as they are happy, and right as they are wrong – and that is a powerful combination.

He describes one of his songs titled “In a Bind” – about the pull between heaven and hell, the hell, referring to temptations like people, and substances… “Sometimes, people stick around too long that shouldn’t be there,” he admits, “and all it does it hold you back.”

When it comes to touring, Brescia notes that being comfortable on stage was far from an easy adjustment, claiming that it takes many years, countless shows, and endless rehearsing to be able to be even somewhat comfortable with being on stage in front of people. “People aren’t dumb,” he says, “People are very smart, especially the kids… they can read what’s real quicker than you know,” adding that being real in music is what took the longest for him – without a drum set and a hat to hide behind. “It took me years and hundreds of shows to finally break on to the other side, coining The Doors, Jim Morrisson, but it’s true.” He reveals that when you finally reach that point, it is an epiphany of sorts where a gate that opens and you become one with performing, which is ultimately a much clearer state.

That clearer state, he says, was much easier for him to achieve with being on camera than being on stage. “TV just kind of fell in my lap,” he says, referring to his time on the MTV reality show, The Hills. “That whole process was so simple, so seamless – compared to trying to make it in the music industry.” 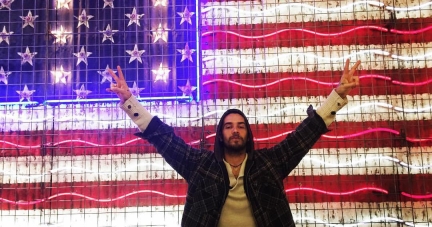 Brescia expressed that being on TV and in front of the camera was a much more natural route for him. The part that he was less than thrilled about, however, were the storylines. “I didn’t believe in it,” he says simply, “so it’s really hard to get a genuine, happy-go-lucky me… I was always kind of guarded,” he admitted, adding that it was difficult for him to be a part of a story he didn’t agree with.

When the reunion topic comes up, Brescia commented that it would be awesome to see everyone again, but he wishes there wasn’t such an immense push for relationship drama. “There was so much stuff that ended up on the floor that was genuinely funny,” he says, recalling the antics that went down on set. He reveals that his family of comics may be responsible for his love of laughter, “Laughing on TV is worth way more to me than somebody crying.” 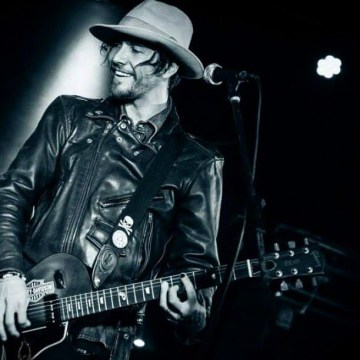 There’s no denying that the show had a huge impact on Brescia’s career as a musician, one he is very grateful for. “We played shows early on where there was just the manager and the bartender sweeping up, and we still thought we were the biggest rock n’ rollers in the world,” he says. Though these days, his audience is a little different. He laughs modestly as he comments that from the TV background he seems to get a lot of girls that come to their shows, “for some reason,” he jokes. “These days it’s a pretty dynamic audience of punks and models.”

The audiences and the cities are ever-changing for Brescia, who spends the majority of his time touring and on the road these days. “The road’s a tricky thing,” he admits, “Once you’re in it, you’re in it. By the end, you’re kind of numb.” Being on the road is tough enough for him, but coming home is even harder. He confesses that once he gets home, a wave of anxiety begins to kick in as he settles back down. His cure to the post tour slump is to make sure he continuously surrounds himself with family and friends.

Another remedy of his? To just keep traveling – but he strongly recommends to only buy a one-way ticket. “Right after The Hills ended,” he says, “I took a flight to Nicaragua and I ended up staying there for three years.”  According to Brescia, it’s the best way to experience the real culture somewhere new, and you never know where it might lead you.  If it were up to him, he’d head straight for Byron Bay in Australia. “I can imagine if you’re going through something tough and you can’t get out of your head or your soul, it’s a good place to go. It’s got that kiss to it.”

Brescia will see Byron Bay when he heads down to Australia for his tour in August, following which he plans on releasing his first acoustic record, Dressed in Black – Acoustic Vol. 1. “For me, acoustic is going back to the roots of bedroom play where you’re in your bedroom kind of rocking out,” he says. According to him, it’s a much more stripped down and raw version of BobbyrocK, with much less mayhem – just him and his first love, a guitar. While he knows that girls have a particular adoration for acoustic, it allows the listener to hear the lyrics and understand them deeper – and he loves it too.  “The acoustic album is more for me than for anyone else. Musicians are so selfish,” he says through a laugh.

The word selfish is not one of the words that we’d choose to describe Justin Brescia – more like authentic, and always keeping it real. He expresses how grateful he is for God putting him in California, and for his parents. From his complete Bostonian, east-coast father, to his California surfer-girl mother, he thanks them for giving him the perfect 50/50 mix of east coast/west coast. And on the west coast, The Hills was also a blessing for him. “I was able to give back to family, I was able to buy my parents things, I was able to take care of myself and my investments, I was able to travel. Whenever you get a gift like that you can’t deny that it’s beautiful.”