Artist Of The Month

After releasing 5 captivating and radiantly honest singles in 2018, Hayley Gene Penner has never felt more like herself. The singer/songwriter calls us from LA to talk about her journey in music, the pressure on artists in Los Angeles surrounding developing their sound, and finding freedom in owning her truth.

Penner has come full circle as an artist and a songwriter in LA – growing from her experiences in multiple projects across genres, she is stepping forward and allowing the most honest and authentic version of herself to shine through in every aspect of her artistry. “It’s so easy to get scooped up in the energy of this city,” she exclaims, adding that without a solid sense of your own identity, it’s all too easy to lose yourself in experimenting with varying styles that you don’t connect with. “I made a whole electronic album that I then shelved, and then I did a whole R&B album which I then shelved,” she says, “You ultimately have to decide which sound represents who you are.”

She learned to ask herself if the music that she was creating translated to the kind of show that she ultimately wanted to perform. Despite a prior feature with Bassnectar (under her previous project W. Darling), Penner reveals that standing alone in an arena with a DJ is not who she is at her core. “At the heart of me, I want to be on stage with an acoustic guitar,” she says, “I want my sisters singing backup – both of them – I want a percussionist – really chill – and I want everybody sitting, listening, and, maybe, some tears,” she says with a laugh as she describes her laid back ideal live set. 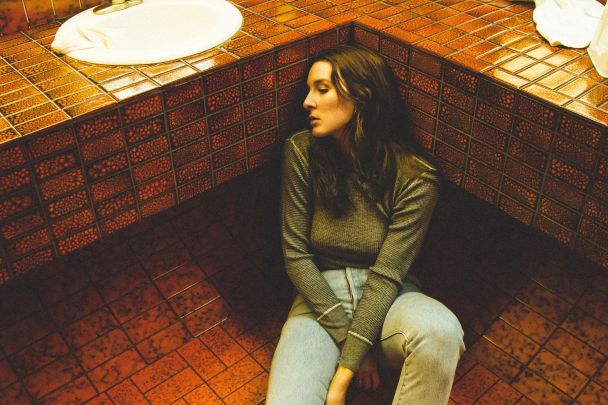 Initially heading to LA to become a songwriter eight years ago, she has seen just how much her artist side and her songwriter side thrive off of each other – helping her as a songwriter to truly understand what it feels like to be that artist sitting on the other side of the room. “Artists only care at the end of the session about a song if it’s about them and really personal,” she says, adding that while anyone can make something catchy, it’s the personal pieces that stick with you. “My goal is sessions, is to have you want to text your sister and be like oh my god I finally wrote this song, and you’re gonna know exactly who this is about.”

From her experience, the songwriting process in LA is comparable to speed dating with different writers and producers where an artist goes into a room with a stranger and is told to write a journal entry with them. “It’s so odd,” Penner says, “It’s such an odd process.”

Understanding that process and seeing both sides has enhanced Penner’s abilities to relate to her artists and attempt to relieve some of the stress. “Lately I’ve been working with a lot of young female artists,” she says, having written with artists such as Sabrina Claudio, Charlotte Lawrence and Lennon Stella. “Because I so deeply understand what an intimate and personal process it is, I don’t have any sort of pressure at all on them.”

She explains that there has been times where an artist has come in the room –  exhausted from repeating the emotionally draining process every day, and double session somedays –  that she refuses to push them. “They come in, and they’re wiped out and I’m like, we’re not writing today. It’s fine. We’re gonna sit, and we’re gonna eat some food, and go for a walk, and we’re not going to write today.”

@lennonstella This is a perfect song. As you may or may not know, I don’t decide who gets the Grammy’s but if I did you’d be using yours to drape vintage jewelry on. Bye for now New York. I’m gonna go drink wine with my mother in Italy. ❤️🗽#everybodyelse

As an artist, Penner would’ve been over the moon to have worked with a writer who understood that burned out feeling. “The only thing worse than having to be personal, is to feel any pressure to be personal,” she says, “to deliver something honest… it has to come out organically.”

If an album is going to be 11 songs, an artist has easily written 40 or 50, and Penner admits that it’s easy to get lost in the mass of songs and emotions to the point of not knowing which mean the most – which is where she says the honest and intensely personal songs stand out. “Unless something really deeply resonates with you, how on earth does it have a chance of sticking?”

That understanding of the raw vulnerability it takes to create a song that resonates was not immediately understood for Penner, who admits that she might’ve had it a bit backwards when she first moved to LA. “You think that in order to connect with an audience, you have to be broad so that everyone can picture themselves in it,” she explains, “but through time, I realized it’s exactly the opposite. The more specific and personal you are about your life, the more people see themselves in it as well.”

Penner says that in learning that she had to be vulnerable and deeply honest, and in sharing those personal details in her songs: she felt freed.  “It’s product of a lot of years of self acceptance, and being a woman in her early 30’s, and just really making peace with and loving myself as I am,” she exclaims on how she allows herself to open up, “then you’re not trying to be anything you’re not.”

In removing herself from the mindset that she carried throughout her 20’s – thinking that it was a personal attack if someone didn’t like her – she know’s now that those people are simply, not her people. “I can just be like, ‘hey, this is me – if you like me, awesome. If you don’t, that’s cool – other people will.”

“I thrive off of total honesty!” Penner exclaims, “I love being honest, I love authenticity… I love when artists are brave enough to say, this is what happened, this is what hurt me, this is what this was like – because that’s how we connect with each other, more than anything else, specifically telling our stories. At the heart of it, I’m so proud of the songs and the work and how honest I’m being.”

With both of her parents working in the entertainment industry in Winnipeg, Penner feels lucky to have been surrounded by an honest understanding of the field. “My dad is essentially the Mr. Rogers of Canada,” she says, “he had a TV show for 14 years… and somebody asked him once, ‘how does it feel to know you’ve had such a big impact on so many people?’ and he said, it’s kind of none of his business,” she recalls, “And I thought that was so interesting! Because what he meant was, my responsibility is the making of the product, and that it’s truly an authentic representation of me.” She says that it has been a liberating concept understand that how her music is received by others has nothing to do with her, “My responsibility is to my art.”

She compares that understanding to the time she tried to read Life of Pi 10 years ago, and truly detested it, but upon reading it again more recently, she fell in love with it and it became one of her favorite books. “Depending on where we’re at in our lives, we are so dramatically differently affected by art.” 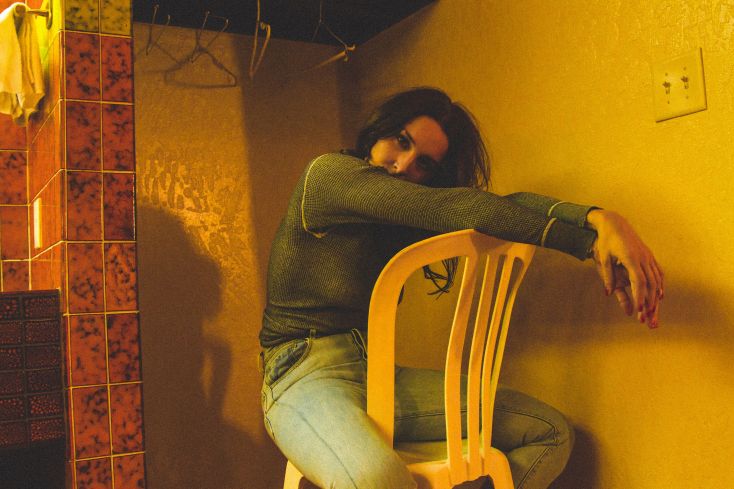 That understanding required her to step away from everything for a minute to regroup and redirect her focus. Following finalizing a record with Universal in Canada, the project didn’t end up transpiring… and in a completely unheard of move from a record label, Penner was told her take her album and fly free – and free was exactly what she felt.

After leaving LA for a few months, Penner embarked on what she describes as and Eat Pray Love style, self-examining trip, from which she returned with a refreshed perspective, ready to share her music with the world.”Last year felt like a real sort of shift in terms of my own artistry,” she says, “It felt like coming home.”

In coming back to her roots, Penner wanted to do so in a way that was truly the most authentic version of herself. “I think we make art in general as a way to connect with people,” she explains, “I’m painting a picture for you of what I’m like, in the hopes of finding people like me out in the world. It doesn’t serve me to give you a picture of me that’s inaccurate, it serves me to give you the most accurate picture of me, because then I can actually find my tribe.”

“I might be crazy to think that if it’s perfect it’ll feel right and I will feel fine. And I might be crazy to think that closure comes from saying “Goodbye,” when sometimes it does but sometimes it doesn’t. Sometimes your words are perfect spoken, perfectly clear, perfectly chosen with perfect incite and it don’t make it right. Sometimes your heart is perfectly open, you think the truth will fix what’s been broken, still it feels like you just can’t make it right. #talkingtomyself #friday

Penner exhibits that authenticity in all aspects of her life, which translates seamlessly through her songs. Her latest single “Talking To Myself” is a mesmerizing narrative of how we express our emotions towards the end of a relationship – specifically towards someone who is seemingly nonexistent on the other end of the line.  “I had just started seeing this guy, and I was all in,” Penner explains. She had gone to visit him in New York, and after what felt like an amazing trip, he slowly began to disappear onto the horizon. In a wildly real and relatable scenario, she says that the space between messages got longer, he would pick up a little less, she felt further and further away. “I just realized, I’m having constant conversations with him, but he’s not involved in any of them.”

Capturing the side effects of modern dating, she admits that in those situations it’s easy to be reactive and to send an extreme text without thinking twice – but Penner has a solution for that. “I save my own phone number in my phone as Dear Diary,” she says, “I’ll let myself be uncensored and I’ll send it, and walk away, so I can experience what it feels like to receive a message like that. To send it feels way different to receive it.”

“It’s about not being a product of your panic and your fear,” Penner elaborates. “I try to slow myself down in these moments of reactivity and say, if you still feel this way when there’s no panic in it, then go ahead. Send your message.”

If last year was a transitional year for Hayley Gene Penner, 2019 better watch out. “I feel excited about life!” She exclaims. On top of her plans to release another 6 songs this year, Penner also has book in the works to look forward to. You can stream Penner’s 5 debut singles from last year, including “Talking To Myself” on all platforms now – and stay tuned for more from the alluring singer/songwriter who radiates a refreshing sense of true authenticity through her music.