On a Friday night in Nashville, Tennessee, Allie Gonino sat down to talk with heirwaves about her new music, her ever-present voice in activism, and what the next chapter looks like for her.

After playing a sold-out writer’s round at the iconic Nashville venue, The Bluebird Cafe, Allie muses, “It’s not only cool to be in this place where the giants of country music have played, but the fact that I get to play with Tom Hambridge and amazing songwriters like Jim Collins, it’s fun because it’s casual, it’s no pressure, and I always enjoy my time here.” 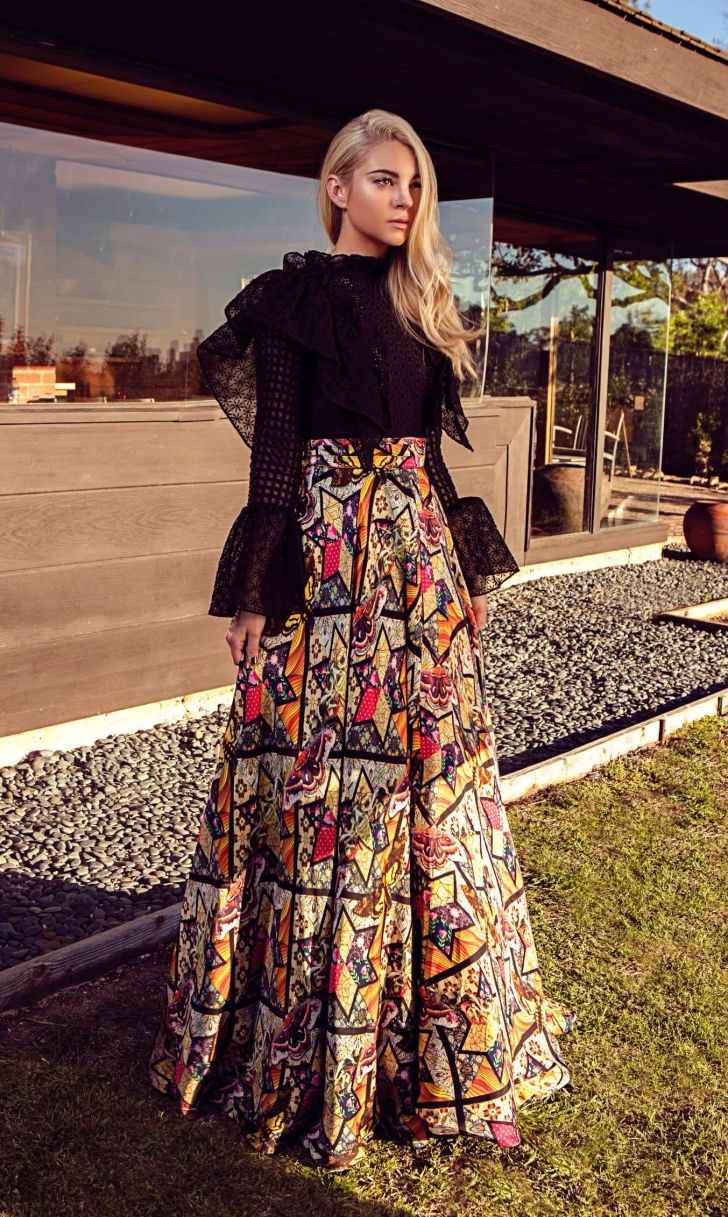 Having previously been a part of two bands, Allie is no stranger to the stage. “Being in a girl band is completely different from being in a band from all guys,” she shares, about her previous projects: The Stunners, a pop girl band who opened Justin Bieber’s My World Tour, and The Good Mad, who performed frequently on her ABC Family show The Lying Game. “Each experience has been so different and I’ve realized throughout the process of being a solo artist that I really love being in a band.”

From egos clashing, to creative differences Allie admits there are downsides that come with being in a band. “From a creative standpoint, it’s easier to be a solo artist because i’m in charge of the sound, the look, everything. But at the same time, it’s nice to be on stage with other people and have that support and energy. I always loved that.”

But now, she stands on that stage alone in her new venture as a solo artist. “I have had the blessing and the curse of not being signed to the label,” she says, taking a deep breath, “So, I’ve had the creative freedom to evolve my music and express myself in the way that I want to – for better or worse.” In a time when genre isn’t easily defined, she’s not letting herself be boxed into any set sound. “My style is ALWAYS changing! The album I’m recording right now I’m calling ‘Texi-Cali’ because it features a lot of my Texas roots but also the influences and inspirations that I’ve garnered from living in LA for so long.”

As a songwriter, she finds inspiration is all facets of life – even the vulnerable pieces that are difficult to share. “Any time I sing is a vulnerable moment!” She exclaimed. Pulling from those more unguarded moments, Allie shared a new song during her round called “The Good Men”, written about ‘the good men’ left in society who don’t receive the attention. “I’ve been doing this for so long and it never gets easier or less uncomfortable,” she says, “but that’s part of the craft. There have definitely been moments when I’ve performed and I’ve almost cried, but you just have to keep going.”

“I choose to write about love – that’s something that is universal and effects everyone no matter who you are.” – Allie Gonino

Finding a passion in another outlet in the form of giving back, Allie is also a prominent activist, often using social media to bring attention to the causes she deeply cares about. “I’ve been working pretty hard on fundraising to build a school in Malawi through BuildOn. We’re going to implement an adult literacy program in Malawi and then we’re going to implement a service learning program in Oakland, which will give 36 students the opportunity to further their education by being of service in their community.” After the interview, Allie jumped on a plane back to California where she participated in a 22-hour live stream event to fundraise for BuildOn.

As if her acting and music projects and charity work were not enough – she is working on a film script, children’s book, and a new album. “I’m just going to keep practicing all of my talents,” she says, trusting that her journey will lead her exactly where she needs to be. As far as her music, while many artists are turning to politically charged lyrics, Allie chooses love. “I choose to write about love – that’s something that is universal and effects everyone no matter who you are. It applies to everybody.”

With a passion for her art emanating through her determination to succeed, paired with her hypnotic voice and soothing melodies, there is an immense amount on the horizon for Allie, and we can’t wait to see what’s next.