Vancouver native Connor Nelson released his debut single “Psychic” just shy of a month prior to graduating high school. The dreamy pop track layers dynamic elements of Connor’s varying influences that are evident throughout his widespread range of YouTube covers from Prince to Tori Kelly, amassing nearly 200,000 views. We caught up with Connor about the new song which he performed exclusively for heirwaves Acoustic Sessions. 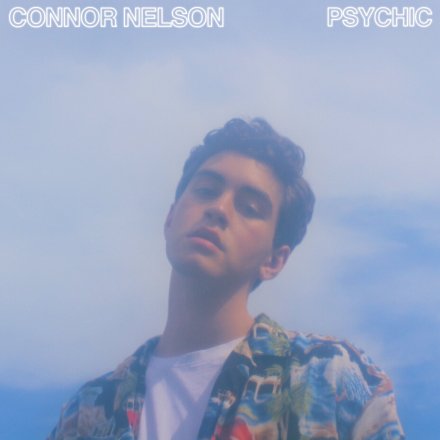 “‘Psychic’ is about trying to escape the demons inside your head,” Connor tells heirwaves about the debut track, “to me, the production symbolizes the image I put out into the world, that being very chill and bright whereas the lyrics really show what’s happening on the inside.” Connor admits that he set out to write a song that captured his struggle with anxiety and those intense moments of fear that coincide with it.

Having previously recorded multiple cover songs, putting his debut single out into the world was a much different experience for Connor. “With a cover, you can easily hide behind someone else’s words and find a way to relate to them, but when you’re putting your thoughts out into the world you never really know how it will be perceived,” he says.

“The moment it went live I threw my phone as far away from me as possible,” he exclaims, adding that he is beyond grateful for how the song was received and that the has inspired him to continue to write and make better art.

Prior to the release of “Psychic,” Connor had written and recorded a song titled “Roses and Rain” for The Canadian Songwriter Challenge along with Andre Chrys and Lola Parks. The program puts musicians into random groups of three, giving them 24-48 hours to write a song. “The coolest part about coming together as writers is that we have all been through so many of the same things, we just view them from different perspectives,” he says, “‘Roses and Rain’ is a song that distinctly shows off each of us individually.”

Music has been a significant part of Connor’s life for as long as he can remember, and represents personal learning and growth in a way that has become a cathartic process for him. “Music taught me how I reacted to certain situations, and also how I learned from it,” he says, “To imagine my life without music would almost be impossible.”

“At the end of the day, I want to have an impact on someone the way my favourite artists have impacted me,” Connor says, “If I can do that for just one person, that’s all that matters to me.”

“Psychic” is available for streaming and download on all platforms + view Connor’s exclusive live rendition now on heirwaves Acoustic Sessions.