History in the making: an all-female record label has been formed in Nashville.

Independent Nashville-based record label Big Loud has launched an imprint that is committed to signing only females: Songs & Daughters. The label will be lead by none other than Grammy-nominated songwriter Nicolle Galyon, who has long stood on the front lines of fighting for female recognition in the music industry.

Galyon’s songwriter career has served as a true inspiration for female writers in Nashville, having penned hits for some of the biggest names in country music, including Keith Urban, Miranda Lambert, Kelsea Ballerini, and Dan + Shay.

Galyon moved to Nashville in 2002, attending Belmont University. After discovering her love for songwriting, she signed her first publishing deal after graduating in 2006 with Warner Chappell. She appeared on the television show “The Voice”, competing on Adam Levine’s team in 2012. There, she met Miranda Lambert and RaeLynn, who she credits being two friends who helped her begin her songwriting career. 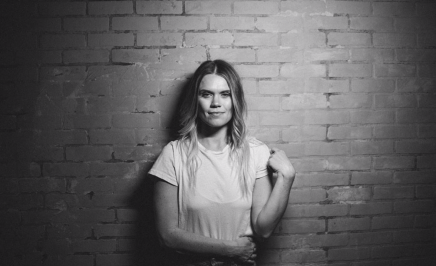 From establishing an annual scholarship in partnership with the Wichita Community Foundation, The Autobiography Scholarship, which a senior at Galyon’s alma mater in Kansas, Sterling High School, can apply for, to presenting Kelsea Ballerini with the CMT Next Woman of Country Impact Award in 2017, and even surprising students at her alma mater with a donation of nine guitars, a drum kit and a baby grand piano from the CMA Foundation, Nicolle Galyon has continuously inspired and encouraged the next generation with more than just words.

In the creation of Songs & Daughters, Nicolle announced that the label’s debut artist: up and coming singer/songwriter Madison Kozak. Kozak recently graduated from Belmont University in May of 2019, and signed a publishing deal with Big Loud in 2018.

There has been an immense wave of women in country music standing hand in hand to break the mold of women not being given the same opportunities or radio air-time as men. The new country women ‘super-group’ The Highwomen, composed of Brandi Carlile, Natalie Hemby, Amanda Shires and Maren Morris joined forces with a few other prominent women of country  – like Tanya Tucker, Cassadee Pope and RaeLynn – in their debut single’s music video.

Maren Morris and Carrie Underwood both committed to bringing all-female openers on their Maren’s GIRL World Tour and Carrie’s Cry Pretty 360 Tour, and further, during the 2018 CMT Artists of the Year Acceptance Speech, Karen Fairchild and Kimberly Schlapman of Little Big Town used their powerful moment to name women in country music they’d like to see on the radio.

While women are united on the front lines as far as fighting for a chance, Nicolle Galyon fronting an all-female label is not just a step in the right direction – it’s a groundbreaking new venture of hope and strength for women in country music. Creating an all-female label with the backing, power, and unity Nicolle Galyon leads with has the makings to positively transform the country music industry.

Congratulations, Nicolle, on this incredible new venture with Songs & Daughters.