Northern Ireland native JC Stewart has released his stunningly honest new single, “Bones.” Following his June single “Have You Had Enough Wine?” JC continues to showcase his captivating, powerhouse vocals and unparalleled ability to write a beautifully raw and deeply relatable song that tears at every emotion. 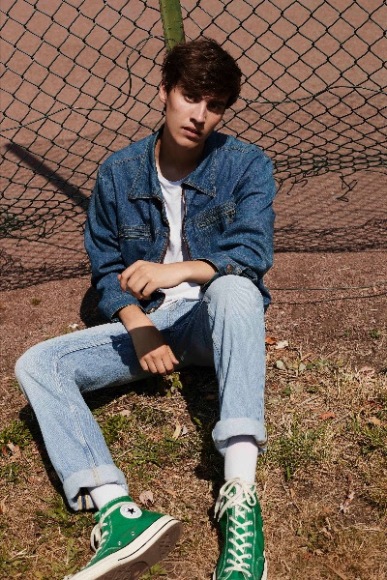 “I wrote this song the day after I’d had my first proper ‘break-up,‘” JC tells heirwaves, “We’d actually made up and got back together only a few hours after but I knew the relationship was done and we were holding on to threads.” He continues that the song was ultimately an honest narrative of his raw perspective on the situation.

In writing that narrative, JC had the wearing task of tapping into his deepest emotions and acknowledging them in order to tell his story in its most honest form. “I find it hard to be honest with myself sometimes,” he admits, as songwriting continually forces him to confront and explore the more pressing aspects of his thoughts. “I’m super lucky that people seem to resonate with some of them when they’re finished,” JC says.

In terms of the catharsis of songwriting, JC admits that it has helped him through some of the tougher moments that he has experienced. “One of the best bits of songwriting is that you have to talk and open up very quickly which is so healthy,” he says, addressing the prevalent mental health effects of the industry. “More and more people are talking about it, which is amazing but there is so much more to be done.”

JC’s powerful vocals and ability to write songs that convey honest stories and feelings resonate deeply with listeners – have given him the opportunity to write with other eminent writers in London – such as his “Bones” co-writers Sam Merrifield and Benjamin Francis Leftwich.

“These two guys are like brothers to me,” JC says. “Me and Sam have written more than 50 songs together and he was one of the first people to help me out in the songwriting ‘scene’ when I first arrived in London,” he continues, “Ben was and is one of my heroes who I listened to massively growing up and now writes songs with me. Working with these lads is the biggest privilege.”

Having worked with renowned songwriters Toby Gad and Fred Ball in addition to co-writing ‘Hollywood’ from Lewis Capaldi’s debut record, it is clear that JC is already making waves as a songwriter, and that this is just the beginning. “It’s been a complete dream come true,” JC says, “They’ve taught me so many things but the most important thing is to be honest. Thats the key.”

“I’m never gonna be out here pretending to be Drake cause that’s not who I am and I don’t need to try,” he expresses, “It’ll work or it won’t but I’m gonna stay true to myself through the whole process.”

And staying true to himself has proved wondrous so far, having graced the stage with Maggie Rogers for her song “Alaska” during Barn On The Farm, and with his upcoming 4-show residency at London’s The Islington selling out in just a few short hours – and he is already looking ahead to the big things that are sure on the horizon for him. “I wanna make my live show as big as 30 Seconds to Mars or Kings of Leon show and so I’m writing in view to that,” he says.

Was this one of my favourite things to ever happen? Yes. Yes it was. @maggierogers, @plested, @maisiehpeters, @lilymooremusic and @barnonthefarm I love you all

“My favourite thing in music has always been that moment when a big chorus kicks in and you feel it in every bone in your body,” he exclaims – and JC’s music without a doubt is deeply felt throughout every bone with his extraordinary knack for igniting a deeper understanding of one’s emotions. With his headline shows at the Islington pub, 5 more songs, and more touring on the horizon – he is truly excited for what’s to come… and so are we.

“Bones” is available for streaming and download on all platforms now.

start again // @annemarie
@manic.band will be taking over our Instagram today live from the @roseburgband debut album release show at @theriseutah // stay tuned for some exclusive behind the scenes content you won’t want to miss.
#TheNextWave
who’s ready to make waves in 2020?! wishing you all the brightest and most beautiful new year ♡ xx ⠀
In honor of Fine Line debuting at #1 - we’re doing a Happy Harrydays Holiday Giveaway!
had a wonderful chat with @manic.band about the highs and lows of the creative process that lead to their strikingly vulnerable new track “through” // link in bio.
wishing you a happy holiday season from the heirwaves team ♡ ⠀
had a beautiful conversation with @patient67band about music, life, and everything in between // read more at the link in our bio >> ⠀
fun shoot with @surfacesmusic at the @gramercytheatre in nyc last night // full interview coming soon
♡ // @dermotkennedy ⠀
@snohaalegra blew us all away with her stunning performance at @thewiltern last night!