Fresh off a successful run for her sophomore album, Unapologetically, Kelsea Ballerini has released the first single off of her upcoming third record, “homecoming queen?” Described by Ballerini as a track that allows her to find strength in being vulnerable, “homecoming queen?” is an unfiltered depiction of hidden insecurity.

In the accompanying music video, Ballerini is shown walking off the stage from her first arena tour, the Miss Me More Tour. Throughout one continuous shot, all of the stage “glam” is slowly pulled away until Ballerini is alone in an empty room, closed off from the rest of the world. As the camera keeps spinning, younger versions of her are revealed struggling to find self-confidence and accept herself as she is. 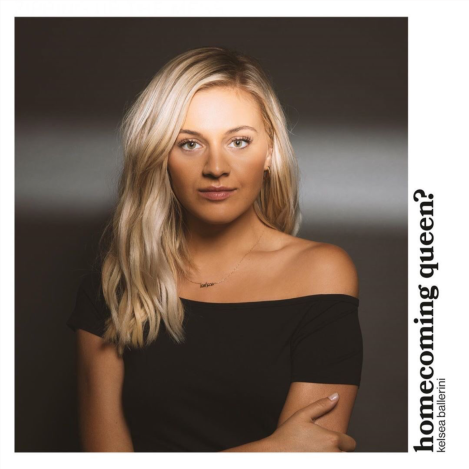 The song and video convey the message that no matter who we are or what we do, we’re all only human. With authenticity becoming more sought after than photoshop and immense editing, Ballerini reassures her fans and herself that it’s okay not to be okay.

Following her hit single “Miss Me More,” an upbeat, vibrant tune about finding yourself again after the end of a relationship – this gentle, simple song “homecoming queen?” falls into more laid back, country tones as the acoustically dominated song is as stripped down as Ballerini is in the music video. Co-written with Jimmy Robbins and Nicolle Galyon, the song is a sophisticated start to a new chapter.

With 1.8 million followers on Instagram, Ballerini has positioned herself to be a type of role model for her immense fanbase – shining light on the beauty of being honest and staying true to yourself. “homecoming queen?” is a striking debut that only adds to the high anticipation of her third record, slated for release in 2020.

homecoming queen is available for streaming and download on all platforms.