Artist Of The Month

An Enchanting Artist You’ll Be Talking About: talker opens up about establishing her sound and being vulnerable in songwriting

On a laid back Friday in Los Angeles, talker calls heirwaves to chat about her upcoming EP, cultivating her sound, and allowing herself to be vulnerable as a songwriter. As a relatively new artist on the scene, talker made her debut last year releasing 3 singles from her upcoming first EP, set for release on February 22nd. 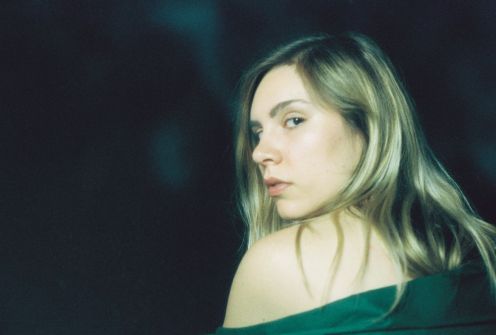 “It’s been a long journey to getting to where I was in the past year,” she admits about the challenges that she faced debuting her solo project. “I think everybody who works on some sort of creative endeavor can relate. You have these visions of what you want, but you have to be consistently reshapping what your goals and expectations are, and reassessing where you’re going to be and what’s realistic.”

It was a year of personal development for talker as she began to cultivate her sound and create her debut EP – but it is still early in the game for her. “The only emotion that I can feel right now is excitement!” She says, “I’m constantly overthinking and stressing over everything, and wondering if it’s all right or wrong… but at the end of the day I have to keep myself in check by being excited and not letting myself feel any other anxiety about it.”

The northern California native studied music at the University of Miami, and says that she always knew that she wanted to pursue music. “I feel super lucky that I never had – well, now I have an existential crisis all the time!” she laughs, “but at the time, I never had a phase where I really had to figure out what I wanted to be doing. It was always music.” 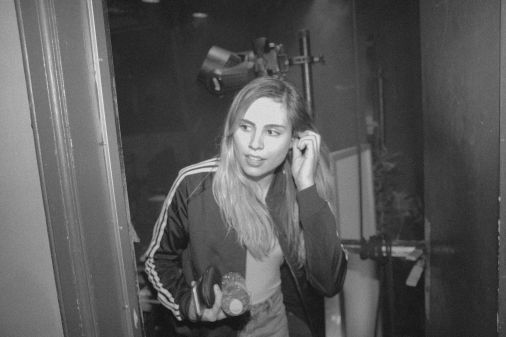 talker credits her parents with her love for alternative and rock music, adding that she grew up listening to Led Zepplin, U2, SoundGarden, and Nirvana at home. “My parents listened to SoundGarden on the way to the hospital when I was born,” she says with a laugh. “I was a wannabe punk kid, obsessed with Avril Lavigne,” talker says, her parents even buying her a skateboard to complete the look.

After college, talker spent time touring with a band, playing keys and lending her vocals, but she ultimately knew that she wanted to branch out on her own as an artist. But jumping from a band to being a solo artist was admittedly not without a learning curve.  “Starting out on your own is much more challenging then jumping into something existing,” she says. “I am much more in control of this project, which is super liberating because that’s how I want to be. I’m very hands on with everything, and I have a very specific vision with very specific goals… but it’s also been stressful figuring out the best route to take this.”

“People are ready, and people want to hear something different.”

Cultivating her sound has been a challenge in the modern music scene where conforming to a specific genre is increasingly difficult. “In one way, genre gives people that have never heard your music some sort of expectation and some level that they can begin to connect with it,” talker says, “It helps you find your scene and find your people, but I also think it can be super limiting.” She says that often time she will catch herself when I’m writing and say, ‘Oh, this is too pop for what I’m doing…’ or, ‘this is too rock or indie for what I’m doing,’ as she tries to walk the line of being accessible while making rock influenced music. “It can mess with your head. It’s [genre] always at the back of your mind, but you have to actively make sure that you’re not focusing on it too much.”

Some pics from Lolla this past weekend – grateful for these opportunities and to have these dudes in my life. Playing some more shows with them and as talker soon 🖤 Photos by @veesanders

Describing her sound in her own words, talker says her music could be classified as sobbing, dark rock with a little bit of a grunge pop vibe. “I want the song to be stuck in your head, but also make you feel like you need to get on your floor and cry!” She says, adding that she wants to create catchy songs that are also accessible and dynamic. “I want my songs to be raw and vulnerable, and also reach into peoples darker sides.” 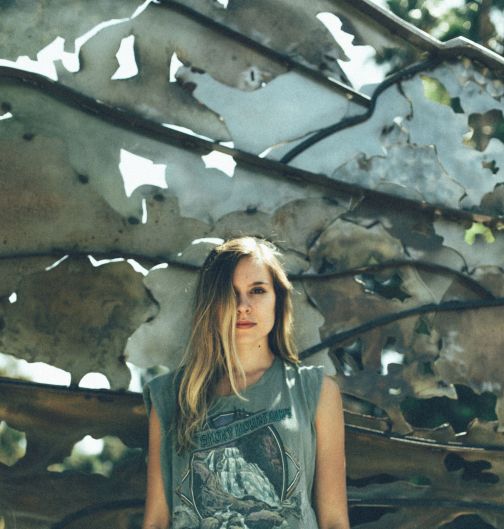 talker uses Post Malone as an example of non-genre conforming music in the sense that he describes his music as ‘genre-less.’ “Not that I’m trying to be that by any means!” She says, “but people are ready to just have people making music. Music audiences are a lot smarter than people give them credit for.” The music industry is adapting in the sense that it’s no longer necessary to fit into one mold or onto one type of playlist. “People are ready, and people want to hear something different.”

In her 3 debut singles, “Changes,” “Collateral Damage,” and “Intimidate,” there is a continued sense of genuine, raw vulnerability as a songwriter. A vulnerability that took a lot of time to be able to share. “It used to be kind of hard for me. I was afraid to be vulnerable…” She says, “I was never afraid of playing for a bunch of people, or for a bunch of people to hear my feelings, I was more afraid of specific people hearing things – whether it be the people that the songs are about, or my parents, or anything like that.” At one point, she says it simply clicked for her through practice and forcing herself to open up. “You have to be vulnerable or no one is going to believe you – and you won’t even believe yourself if you’re not! Everyone has some sort of vulnerability or insecurity, and that’s what you’re going to connect with musicians and writers on,” talker says.

“You have to be vulnerable or no one is going to believe you – and you won’t even believe yourself if you’re not!”

“People are smart, you can tell when someone is not being real.” She admits that through overcoming that fear, she learned a lot about herself as an artist. “If I’m struggling or having writer’s block, most of the time it’s because I know that it’s not real enough or vulnerable and raw enough. I know I need to just say f*ck it and make it happen.”

And she is definitely making it happen by way of truly vulnerable lyrics that add a captivating feeling of relatability that leaves listeners able to interpret on a personal level. “A song can be so specific about a specific person or theme, but it’s the feeling that matters. The feeling that you can put yourself there, and that openness is the most important thing in writing.”

talker‘s latest single, “Intimidated” was a deeply personal piece for her that she says has been extremely cathartic to release and hear how listeners find pieces of themselves and their personal experiences in the lyrics. “People have pegged it as a breakup song, but for me it was actually more of an internal struggle and overthinking everything.” talker admits to having dealt with different facets of anxiety over the years. “If I’m not communicating with someone I create a lot of problems in my own head.”

It was the simplicity in writing “Intimidated” that made it so special for talker. In LA, she says, there is a lot of rushed, pop songwriting, which can be exhausting at times when one is craving something true and raw. “This was one of the first times in a while where I just sat down in my bedroom and wrote. It was focused on my feelings instead of focused on creating a cool, crafter, hooky, pop song.” 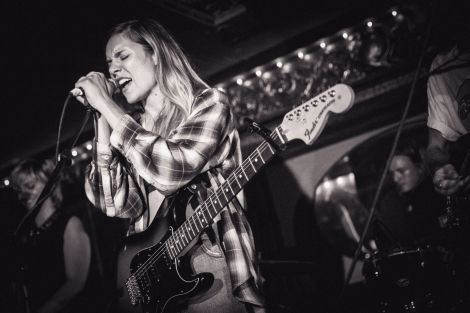 That simplicity and vulnerable side of herself that she allowed to show through the song has proven to resonate with listeners. “I didn’t know what to expect!” She says,  “For me, I’m just writing these songs unsure of what will happen with them, and then one person reaches out to me and says ‘this songs really meant a lot to me,’ and that is the coolest thing ever. It’s kind of insane.” As a songwriter, talker says that all you can hope for is for people connect to your song and for it to resonate and mean something to them, it’s the ultimate fulfillment.

talker’s debut EP drops on February 22nd, and will feature her 3 singles along with 2 new songs. “I’m excited!” She says, adding that she hopes to continue to grow as an artist and cultivate her sound in 2019. “People will definitely be hearing my name, mostly because I won’t shut up about it,” she laughs.