21-year old singer/songwriter and multi-instrumentalist Megan Winsor is paving her own path in the Southern California pop-music scene. Developing an entirely unique brand of ethereal synth-pop music, Megan strays from the crowd as an independent artist – producing all of her own music and assuring that her sound stays true to her as she grows.

Winsor’s debut record “CLWNS” captures elements of heartache and loss with key themes of navigating mistakes and ghosts of the past, while moving forward and yearning for self-love in a chaotic modern world.

Read our full conversation with Megan below. 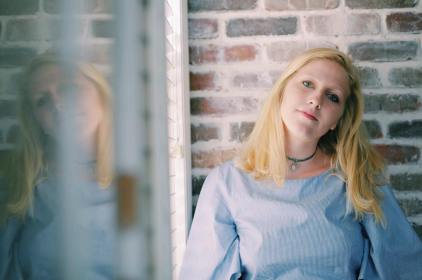 heirwaves: Could you elaborate on the origin of your debut record – “CLWNS” – how it evolved, and what it means to you?

Megan Winsor: This album has been two years in the making. The oldest song on this album, Lose Myself, dates back to my sophomore year in high school, sitting in my bedroom on a Friday night, with nothing else to do but write songs. It wasn’t until the summer of 2018 til I decided to release an album and finish it on my own. At that point, I had worked with some really amazing producers and was dying to release the masters and I had so many songs that I wanted the world to hear.

I finished writing and producing the last half of the album throughout the end of 2018 and early 2019, while I was attending a sophomore year of college and during my first year in LA. ChipperBee was a last-minute addition to the album that I recorded while I wrote it. Overall, the album is inspired by the mistakes I’ve made and how I’ve grown from them. The title “CLWNS” is referring to how I felt I have made a fool of myself in the past. The release of this is me coming to terms with my past and loving myself for who I am.

HW: In terms of your creative process – Could you briefly describe your songwriting process on this record and how you developed the key themes and messages?

MW: I wrote all the songs on this album at very different points in my life. I wanted the album to be diverse, yet able to relate to any listener. From heartbreak, moving across the country, feeling out of place, and finding my place, the topics of these songs are wide ranged but purposely coexist on the album. Most of the songs on the album have been in my catalog for some time, it was exciting to bring these songs to life through production and bringing the vibe of the album together. Even the production was wide ranged.

“Lose Myself” and “Someone Else’s Car” were recorded in 2017 in a professional studio with Grammy Award Winning producer, Phil Allen, and was such an amazing experience to work in a professional setting. On the other hand, I produced Oneiusedtolove in my dorm room. The noise at the beginning of the song is a voice memo of a tailgate as well as other sound effects that I recorded throughout my day to day life.

HW: The music industry can be pretty crazy for a young artist. What have been some of the biggest challenges you’ve been faced with and have had to overcome on your journey in music so far?

MW: One of the biggest challenges I’ve faced as a new artist is finding my “brand” and my “voice” that I want my audience to know me by. With the release of this album, I found out a lot about myself, my strengths and weaknesses, and what I want to be remembered by. I’m definitely ever changing and haven’t found who I truly want to be, but I’m definitely on the right path.

HW: What would you say are some of the key influences in your sound that make it unique to you?

MW: Growing up, all I was exposed to was 80s music due to my parents love for that decade, and pop music on the radio. I believe this is why I love really strong hooks and melodies. It wasn’t until I was a teenager that I found my love for singer/songwriter and alternative music. It wasn’t until I went to college that I found an appreciation for jazz and R&B. What’s great about today is that there no commitment when it comes to genres. I feel that my sound tells my musical journey and that my songs are very different than everything else.

MW: Lots and lots of songwriting and shows! I spent most of the year finishing this album and strayed away from what I truly love which is writing.

CLWNS is available for streaming and download on all platforms now. 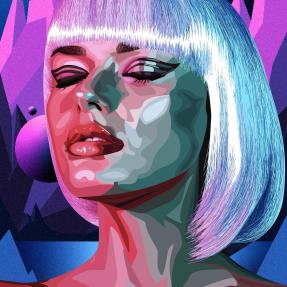