CMA Fest is one of country music’s biggest weeks – and it’s all for the fans. Originating with the Fan Fair Experience, CMA Fest brings country music legends & rising artists to the same stage and gives fans the opportunity to discover new music and lets them experience their favorite artists up close in a fest that is truly like no other. 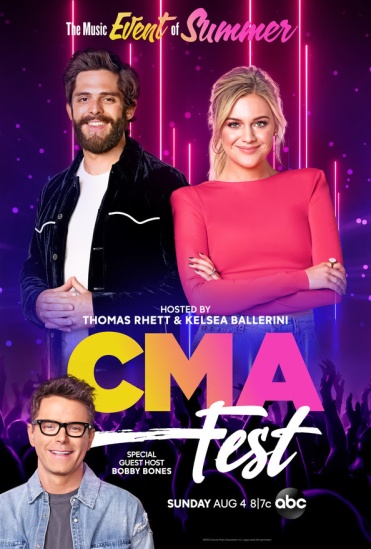 Unlike other festivals – artists that play CMA Fest volunteer their time to perform so that ticket proceeds can directly benefit music education programs across the country through the CMA Foundation.

And while CMA Fest 2019 came and ended in June, the music magic of CMA Fest’s legendary performances can be relived once again during the CMA Fest TV special, airing Sunday, Aug. 4 at 8/7c on the ABC Television Network.

The primetime concert special will run for its 16th consecutive year, hosted by none other than Thomas Rhett and Kelsea Ballerini, plus special guest host Bobby Bones to bring Country Music’s Ultimate Fan Experience right to your home.

Tune in Sunday August 4th at 8/7c on ABC for the music event of the summer!

Check out a few of our live photos + interviews with some of CMA Fest’s New Artists below!

Photos by Abigail Courtland for heirwaves. 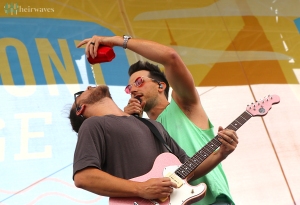 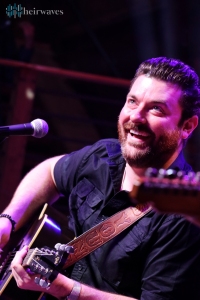 Madeline Merlo: CMA Fest is filled with country music legends and rising country stars sharing the stage, and rising star Madeline Merlo is shining bright. Following five top-fifteen singles, a BCCMA Female Artist of the Year award win, and a lead role in a musical film, Madeline free spirited country soul radiates through latest single “Dear Me” which marks the first song in a new chapter for the British Columbia native who is ready to rise as she continues to chase her dream in Nashville. Full interview with Madeline.

Lewis Brice: While many artists hosted fan parties throughout CMA Fest, there’s only one who is able to say that he hosted his 9th annual namesake palooza. Country rocker Lewis Brice kicked off CMA Fest week with Lewispalooza 9, an event flooded with singers, songwriters, fans, and all around good vibes for a good cause. While his event kicked off CMA Fest week, Brice’s latest single “Summertime Vibes” is the easygoing summer song that you’ve been looking for to kick off you Summer ‘19 playlist. The track follows his previous single “Blessed” which recently surpassed 4 million streams, and has Brice eager to release more music to the world. Full interview with Lewis.

Baylee Littrell: Bearing a family name in the music scene, Baylee Littrell is stepping beyond his Backstreet Boy father’s name and into his own spotlight. Stepping onto the Maui Gin stage alongside Nashville’s iconic Nissan Stadium, Baylee’s country roots shined through at CMA Fest. Following the release of his second single, “Boxes,” Baylee is heading out as the opening act on the Backstreet Boys: DNA World Tour later this summer. Full interview with Baylee.

Jenna Paulette: While a large percentage of girls that visit Nashville can throw on a cowgirl hat and sing along to a country song, there are very few that can truly walk the walk. Self-proclaimed “Modern Cowgirl” Jenna Paulette holds an authentic perspective on country living and what it really takes to be a true contemporary cowgirl and allows that to shine through her music and her captivating stage presence. Full interview with Jenna.

heirwaves: the next wave of music View all posts by heirwaves